How to end insecurity in the North 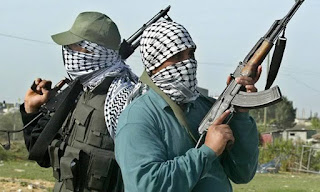 I HAVE never heard of bombing raids against the mafia. The intelligence community went after members – apprehended many and sent them to jail. They were proactive and never engaged in fits-and-starts security measures.


The First Republic politicians appeared better prepared for office than the politicians now.

Isn’t this the North where I was born and where people slept with both eyes closed in yesteryears? The wave of killings in the North now is scary? A once unassuming people have mastered the art of destruction. We hear of religious sessions called for every time with fasting and prayers to touch the hearts of dare-devils so they can stop killing people.


Do they call for religious sessions in China, Australia, and The United Kingdom to deal with knights of the road? Bandits now slaughter people in the North. Does the government in the United States of America call for prayer and fasting to tackle criminality? Why do we love to deceive ourselves in Nigeria? These politicians have destroyed this country.

They are good at paying solidarity visits, after people have been killed, to commiserate with “our brother governor,” in his trying moments.

Solidarity visits for symbolism sake cannot change the tide of insecurity bothering the North. Religious leaders that should speak truth to power call on God to help Nigerians instead of asking man to help man.

Purpose matters in politics and all of these people have lost sight of the reasons for which they entered politics; they bother more about pay cheque than context. There is a special responsibility placed on leaders when it comes to security of lives and property.

The challenges of security in Nigeria need insights from many perspectives and not from perspectives of solidarity visits, dialogue, collaborative approaches but also from the approach of using the bully pulpit which has helped man since the beginning of civilization.