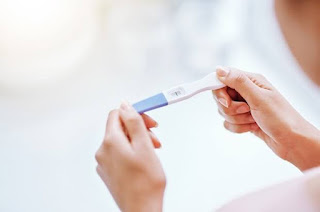 
1. CONTRACEPTION :- There are various methods of contraception from the primitive to the most modern methods.

In abstinence couple refuse to have sex until they desire a baby .

This is the oldest method in practice it is also the method of contraception approved by the Catholic Church.

The Rhythm method,  if there is a safe periood certainly there is danger period.  The danger period is during Ovulation.  Majority of the woman Ovulate on the 14th day of  their cycle . The range  however is from the 12th to the 16th day. Every woman has to find out the day she ovulates so that her danger period will be shorter .

1. A rise temperature occur as soon as woman ovulate

2. The cervical mucus is clear,  copious and can be drawn out in fine thread.

3. Slight abdominal pain. It has been established that the egg lasts for between 24 hours and 36 hours while the sperm can live up to 48 hours. For a woman who ovulate on the 14th day of her cycle  it follows that the egg cannot live till the noon of the 16th day.  It is evident too that if she has sex on the 12th day she will be pregnant since the sperm can live for about 48 hour. To avoid getting pregnant , such a woman must not have sex from the 11th day to 17 day of her cycle.

Barrier method include condom,  cervical cap,  and cervical diaphragm.  They have the advantage of being cheap and readily available : need no prescription and prevent sextually transmitted diseases.  The disadvantage however,  are that.

It can burst, may be error in the production and in the case of condom, can slip off the penis during intercourse.

Intrauterine Contraception Device  (IUCD) :- These are material put directly to sit on the funds of the uterus thereby preventing implantation. IUCD does not prevent fertilization but rather prevent implantation.

Insertion is done immediately after menstruation to ensure she is not pregnant and more so the cervix is open and makes insertion easier.

1. Lipped Loop. This is made up of polythene and are radio opaque, it can be left institu in the uterus.

2. Copper T (CU-T). This is made of the metal copper . The metal given it some degree of efficiency. It's life span is three years


(a)  Heavy period and longer duration.

Any woman with the following conditions should not use intrauterine contraception device.

2. Past history of ectopic pregnancy

4. Cancer of the genital tract.

C.  Oral contraceptive:-
These are tablets that contains the hormones oestrogen and progesterone.  There are various of oral contraceptive pills.  Some are combined, They are taken on daily basis information on their usage is written on each pack. Of important to women of easy virtues is the post coital pill. It is used after an unprotected intercourse. It has to be taken within hours of the intercourse for it to be effective.  Example post coital pill is d-norgestrel.
They either thicken the cervical mucus making it hostile sperm or make the endorneturim artrophic and unreceptive to the fertilized ovum.  The side effects  of contraceptive pill are.

a. Headache and migraines.

b. Breast symptoms such as enlargement mastitis.

e. Skin problems such as acne and rashes.


The use of oral contraceptive pills is contraindicated in the following conditions.