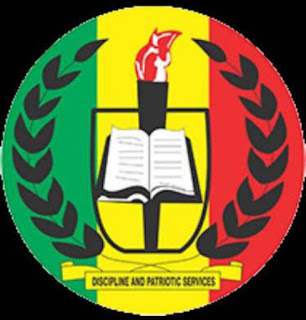 The Nigeria Peace Corps (Establishment) Bill which has brightened in the 9th National Assembly, especially in the House of Representative who adopted to reconsider and resolve the committee of whole without being commence de-novr

The Bill which was reintroduced will the bill Number.  HB. 17 and was Sponsored by Chief Whip,  How. Muhammad Tahir Monguno the First Reading in the House of Representative.

This bill have suffered a lot of set back at the 8th Assembly in which the bill passes through all the due processes but president refuse to sign the bill to law,  due the some reason which includes, duplication of duties, insufficient funds e.t.c.

But the bill comprises of two different organizations the National Unity and Peace Corps (NUPEC) head by Dr. Chinadu Nneji which was founded in the year 1989 while the second bill  named Peace Corps of Nigeria under the leadership of Amb. Dickson Akoh he was the founder and also the National Commandment.

The two bills was consolidated and harmonised by both chambers now called Nigerian Peace Corps Bill, it was overpowered passed by the two Chambers, the House of Representative and The Senate they both pass the bill in the last Assembly 8th Assembly. National Assembly is to give statutory backing to the existing Peace Corps of Nigeria with a core mandate to Develop, Empower and provide gainful Employment for the youths, facilitate Peace, Volunteerism, Community Services, Neighbourhood watch and Nation-building; and for other Related Matters.

Furthermore the bill was reintroduced by the Amb. Dickson Akoh, who was the National Commandment of the Peace Corps of Nigeria, The commandment commands the effort of the Speaker of House of Representative a person of Hon Femi Hakeem Gbagabiamila and the whole house.

The National Commandant, pleaded to all his corps members to excesice claim and remain steadfast, All member should keep their hope alive, The word of God on Peace Corps will be come realality.